"Beside herself with grievous woe, into despair she fell
And mourned her wretchedness.
Then all at once the crowd re-echoed, wailing like the waves
That moan along the shore,..."

From Gligor Prlicev's "The Sirdar" 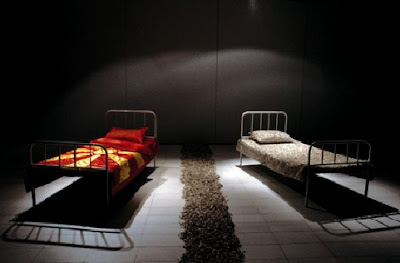 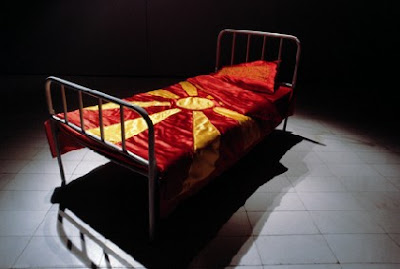 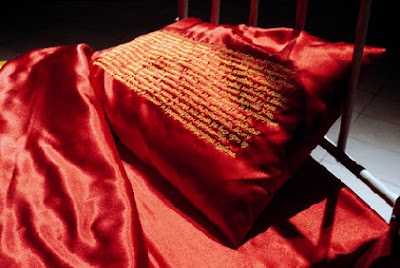 Detail.
... It was once my good fortune to obtain from the Vali of Salonica an explanation of the Macedonian problem as concise as it was true. "It is all the fault of the Bulgarian schools," he declared. "In these nests of vice the sons of the peasants are maintained for a number of years in idleness and luxury. Indeed, they actually sleep on beds. And then they go back to their villages. There are no beds in their fathers' cottages, and these young gentlemen are much too fine to sleep on the floor. They try the life for a little, and then they go off and join the revolutionary bands. What they want is a nice fat Government appointment." The Vali succeeded in condensing in these brief and characteristic sentences the main facts of the situation, and his summary had the merit of illustrating not merely the Bulgarian, but also the Turkish standpoint. The question of beds (to adopt the Vali's formula) is at the root of the Macedonian difficulty. The motive of revolt, in other words, lies as much in the economic grievances of the peasantry as in the political aspirations of the educated class. In a land which ought to be one of the richest corners of Europe the villagers are sunk in a hopeless poverty-a poverty, moreover, which their rulers regard as their natural and predestined lot. ..."
H.N. Brailsford, Macedonia, It's Races and Their Future, London, Methuen & Co., 1906, p.42 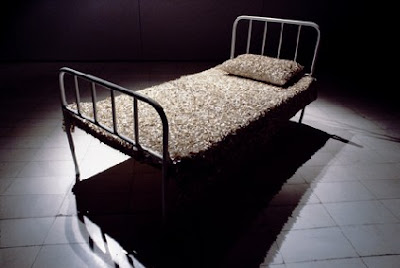 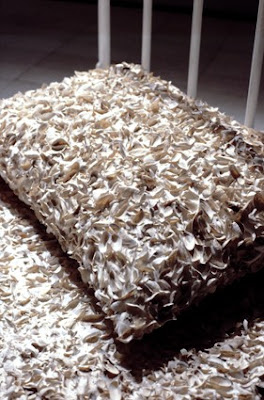 Detail.
"A Subject - in - Agony"
The theme of Slavica Janešlieva's exhibition "A Cry" is the controversial Macedonian social reality at this particular crucial and critical historical moment. The scene on which two hospital beds are placed, covered with unusual bed-covers, is a metaphorical presentation of the traumatic temptations, challenges and dilemmas of the Macedonian entity and state laid open to paroxysm by the war crisis in 2001.
The cut under the skin of these questions that in her symbolic presentation Janešlieva makes is a very deep and vulnerably sensitive one, but also utterly sincere and free of any restraint and caution. This work is actually dedicated to emotions: the feelings of sorrow, pain, revolt, pride, joy, beauty.... i.e. the ability of perciving and experiencing things as a confirmation of the individual's existence. In other words "A Cry" is a revolt against the indifference of the "subject-in-agony", or even a rejection of its position of helplessness and withdrawal. 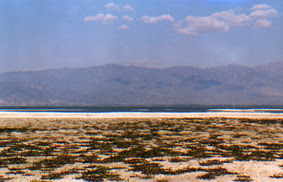 "How to cope with the feelings of pain, emptiness, loss…?"

The romantically poetical and elegiac structure of Slavica Janešlieva's work follows the legend of Dojrana - the beautiful maiden who, refusing to accept her misfortune, with her bitter tears filled up the lake of Dojran. Like her, Janešlieva is facing the question: "How to cope with the feelings of pain, emptiness and loss?" thinking about the appearance of Lake Dojran today, about its silent agony of vanishing and about the white wasteland of dead shells at the bottom of the lake which once existed. But, above all, bearing in mind the spiritual wasteland and the existential abyss that Macedonian society is confronting. Her answer, i.e. her suggestion, is similar to that found in the legend about Dojrana "To render them in materials, in cloth, into objects, in something palpable that holds meaning for us and helps us make metaphors, and thus ties those objects to history." Materialization of pain
One of the essential elements in "A Cry" is insistence on the patient and long process of handwork in the creation of the artwork. In Janešlieva's symbolic language this has the meaning of some kind of a shamanic cure. The endless embroidering as a symbolic and true process of shaping the emotions and the consciousness is juxtaposed with the truth of the painful awareness that nothing has changed even after one hundred years since the statement made by H.N. Brailsford in the ironical and ridiculing anecdote about the corruptive meaning of the comfort of beds, which are at the root of "the Macedonian problem". The meaning of the suggestive treatment applied in "The Wailing Bed", is similar. There the materialization of pain and "the return of the object to history" resembles the patient spreading of lace made of sharp, but very fragile shells.

Posted by Slavica Janeslieva at 2:01 PM