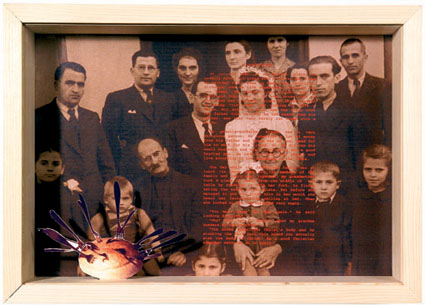 At our old home, at my parents' place, we usually never cut bread with a knife. But I and my brother still seem to keep that tradition, althought now we live separately and have our own homes. My sister-in-law Violeta and my boyfriend Bobi used to be very cross with us when they saw us break a piece of bread instead of being "civilized" and cutting it with a knife. But since we told them the story that our father told us, and he had heard from his mother, now they very rarely cut bread with a knife.
My great-grandfather Atanas was a very religious person. He inherited a lot of money from his father and there was no real need for him to work for his living. So, he did run his small business and was a very pious and a good hearted man. He used to help poor people and live according to the teachings of the Bible.
One day while the Janešlievi family was at lunch (in those days all the members of the family had their meal together) my grandmother took a piece of bread from the middle of the table by stabbing it with her fork, to finish eating the sauce in her plate. But before she managed to put the first bite in her mouth she heard her father-in-law yelling at her. When she looked at him, he appeared very angry.
"You must never do that again." he said looking disturbed.
"Why? What have I done?" asked my grandma unaware of the problem.
"The bread symbolizes Christ's body and by stabbing the fork into this bread you actually stab the body of Christ. As a good Christian remember never to do it again."


Posted by Slavica Janeslieva at 2:13 PM