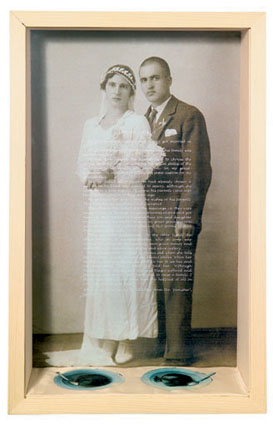 My grandparents Sloboda and Blagoj, got married in 1935.
My grandfather had three brothers and his family was pretty wealthy.
At that time usually the parents used to choose the brides for their sons, considering the social status of the girls' family, its wealth, education etc. So, my great-grandparents intended to follow the same custom for my grandfather.
But, he didn't allow them. He had already chosen a girl whom he loved and wanted to marry, although she came form a poor family. Of course his parents (and also hers) didn't approve of their marriage.
My grandfather didn't obey the wishes of his parents. They took this as an offense and disrespect.
Nevertheless they didn't stop the marriage i.e. they were unable to do it, because my grandparents eloped and got married. But, instead of helping their son and daughter in law financially and otherwise, my great-grandparents gave them only two metal plates and two spoons to start their mutual life with.
That was their punishment. On the other hand, the other brothers of my grandfather, who in some way obeyed the wishes of their parents, were given money and rich gifts, such as porcelain dishes and silver cutlery.
My grandmother Sloboda is always sad when she tells me this story. But at the end she always smiles. When her mother in law was dying, she send for her to see her and ask forgiveness. This is what she told her: "Although because of our punishment you and Blagoj suffered and struggled with poverty and hard work to raise a family, I think that both of you have been the happiest of all in your life and in your love."
What a satisfaction to be told this from the "punisher", isn't it? 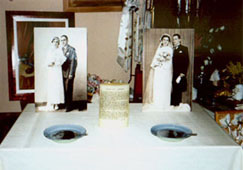 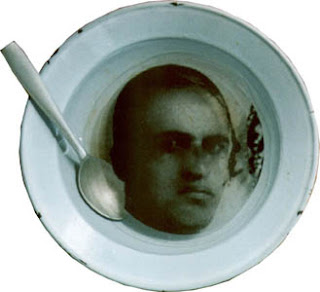 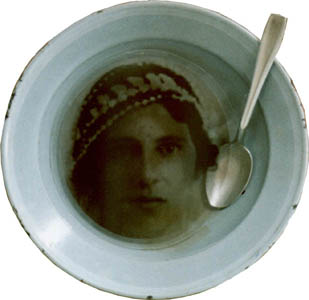 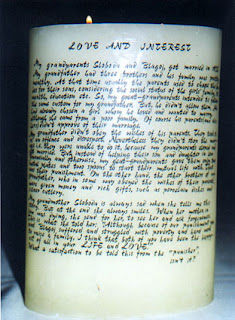 Posted by Slavica Janeslieva at 11:29 AM